Today both couples had a meeting with the Nephrologist, Ravi Rajakariar to discuss all the test result to date. Our appointment was for 1pm, but we had to wait about an hour to be seen. But at least we had good company! 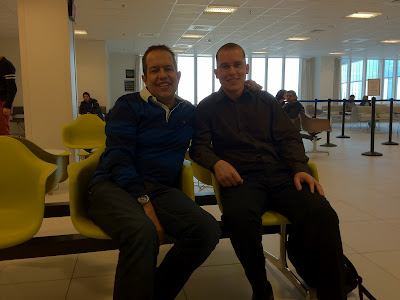 In that time Sister Lilly came over to introduce herself to me. We had spoken on the phone may times but never met in person. She wanted to know how we were and how all the tests were going. We told her that we thought things could be done a little faster, and asked if the meeting with the surgeon to discuss the CT scan and the meeting with Human Tissue Authority (HTA) could be scheduled for the following week before I go on holiday for two weeks. She was extremely understanding and went off to make arrangements. She came back in a short while, and confirmed that the meeting with the surgeon will be on Friday 28 September 2012 at 11:30am. She said she would  try to arrange the meeting with the HTA for the same day, which would conclude all the tests, meetings and consultations. We will then be booked in for the operation!

Natasja and I were seen first by Dr. Ravi to discuss my results to date. The meeting was very informal, and over in about ten minutes. Dr. Ravi told us what we already knew, that all the tests results were good. It's the best possible news we could have hoped for! What are the odds that two strangers match so well? Then there was a quick routine checkup and medical questionnaire just to tick a few boxes, and we were done! It was a bit of an anti-climax as we thought it was going to be a in-depth meeting to discuss every aspect of the transplant, but excellent news nevertheless. We already know all there is to know about kidney donation due to all the research I did before deciding to donate a kidney to Pieter.

While Pieter and Lizelle went for their meeting, Natasja and I made our way down to the 1st floor Imaging Department for my CT scan. It was so comforting to have Natasja with me and for her to see the hospital as well. 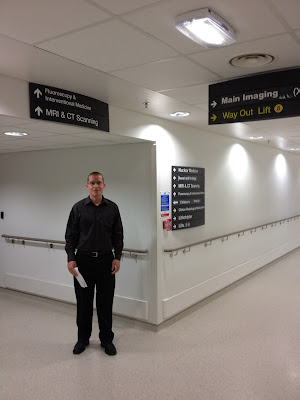 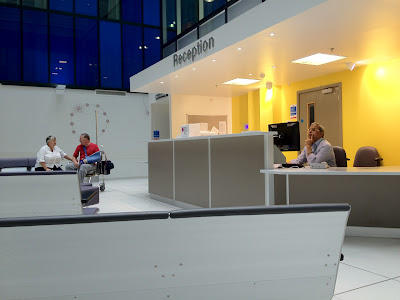 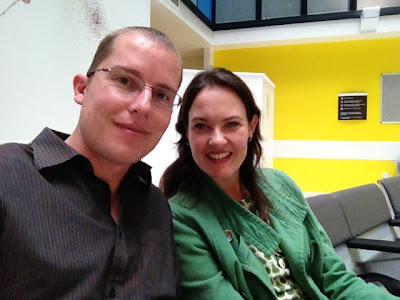 The purpose of the CT Scan is to get a detailed look at the size, shape and health of my kidneys, as well as how they are connected to the arteries and veins. The less arteries that connect to the kidney, the easier the transplant will be. We know that Pieter has one large artery connecting his kidney, so the best scenario will be if mine is exactly the same. This is what we are hoping for.

After checking in at reception and waiting some time, I was called in by a very friendly technician named Neil. Neil took me down the corridor to the preparation room. It was quite daunting because I didn't really know what to expect, but Neil explained the procedure that was to follow which put my mind at ease. He asked me some questions about my health and allergies, and I had to sign a form to confirm everything we discussed. Neil then started prepping me by inserted a canular into my arm into which the dye would be pumped later. He told me that it was quite a long needle so he needed a good vein. It was at that point that I decided not to look at it while he inserted it!

Once inserted, Neil directed me to the waiting area, where I had to drink 3 glasses of water to help circulate the dye through my system. I waited a good 15 minutes before I was called in as there was someone being scanned. I was greeted by a very friendly nurse who asked me to confirm my name and date of birth. I had to remove all metal objects, and lie down on the bed. I also had to pull down my trousers to my knees, with my privates covered by the nurse with a towel. Shame on you nurse for sneaking a peek and thinking I didn't notice! 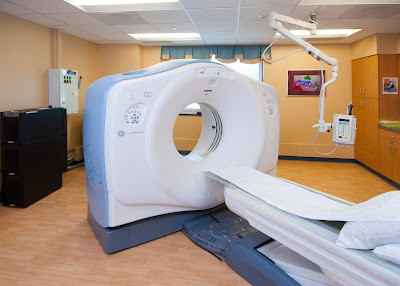 Above is a generic photo of a CT scanner, I didn't get to take a photo. I had to lie on the table with my arms raised above my head, hold my breath, and the scanner passed over my abdomen to take the first scan. Then the nurse came to attach the tube to my arm which was used to inject the dye. I was asked if I was allergic to Iodine, but I didn't know. So I was told to wave my arm if I felt any pain or discomfort as it went into my bloodstream. Fortunately it was fine, and all I felt was a warm sensation as it passed through my body. She disappeared into the control room again, and I was told to hold my breath while the scanner passed over me. This happened 3 times. I had to lie there for 5 minutes while they analysed the images, after which they decided to do one more for good measure. The nurse then told me we were done, and I could pull up my trousers. This time I made sure there was no room for peeking! She removed the canular from my arm, stuck a plaster on the hole, and I was released.

Natasja was relieved to see me as she was told it took 10 minutes, and I was gone for 45 minutes. They obviously didn't take all the preparation into account. We went up to the second floor imaging department to meet up with Pieter and Lizelle, and Pieter finished with his X-rays as we arrived.

Ravenous from not eating all afternoon we went to the Spur restaurant at the O2 Arena in North Greenwich for dinner. To our delight we were told that there was an "Eat all you can" special on ribs and chicken wings - just what we needed! And what a wonderful way to end another day of test; great food and great conversation. We talked for hours about how far we had come in the past 3 months, and all the wonderful times that lie ahead. 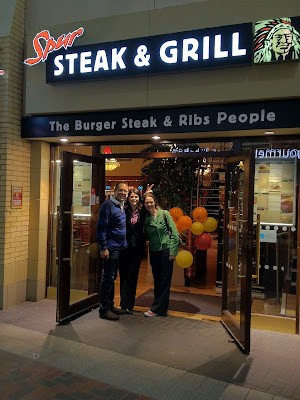 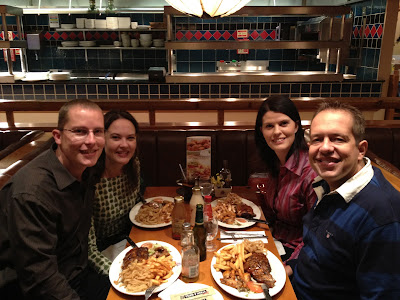